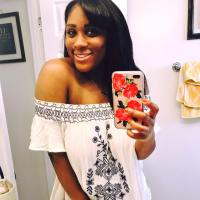 my 3 week trip to Kigali, Rwanda

I legit fell asleep last night with this in hand ready to write. So tired. Jet lag is real. In any case my first few days at CHUK have been very interesting. The residents are very busy. They are essentially the sole providers for the patients which is very unlike the US where we always have to discuss with an attending (at least in the north east), unless it’s oncology in which case Dr. Liza is involved. Yesterday I scrubbed on the most beautiful radical hysterectomy. I told her after that if I had worked with her when I was a junior resident, I might have considered GYN ONC. Operating with her is fabulous. The OR is about 85 degrees but there is music and it is %100 educational. There was no intimidation or yelling, it was the friendliest ONC OR I have ever scrubbing into. I told her I will be in theatre whenever she is. It was phenomenal. These first few days I have been so lost. Every afternoon after theatre the residents disappear…not to be seen or heard from. I found myself wandering aimlessly until finally just dismissing myself. Today I got creative and borderline stalkerish. I followed Charles (one of the chief residents) to his clinic. I also vowed to be helpful and to not be a hinderance. We finished at 3 pm and he said that was the fastest clinic session he had ever had, stating he usually leaves at 7 pm (plus I come with snacks!!) I essentially scribed for him and acted like his subconscious. He types painfully slow so while he spoke to the patient, I would type the note. If there was an admission, I helped him with the paper work. If he was doing a BPP on a 40 weeker and it was abnormal, I’d say, “but Charles, she’s 40 weeks, let’s just deliver her.” As he was counseling the patient to go eat and come back for a repeat scan. “She’s term Charles, let’s place a Foley and give cytotec.” Next thing I know, we’re submitting paper work for admission. WOO! Sometimes you just need someone to bounce ideas off of. Next, were several patients who came just to see Dr. Liza. One with advanced cervical cancer that poor Charles had to counsel on palliative in 5 minutes in Kinyarwanda because he was the only native in the room. Next a GTN, next, likely leiomyosarcoma- schedule for TAH/BSO for diagnosis. Charles did a good job. No attending in sight managing very complicated patients with a nuisance resident at the same level of training asking questions. At the end of the rapid fire clinic session he thanked me, I told him I’d see him tomorrow! Next more wandering- I ran into Aimable. The GYN chief. He was scrubbed on the rad hyst yesterday. He is working tonight but that doesn’t matter here- you still work during the day pre- call. He was tidying things up for a hyst scheduled for tomorrow for GTN. The patient needed a CT scan pre-op and he had been back and forth to radiology looking for the read. He was supposed to go back at 2 pm and this was the only thing standing between him and getting some sleep before his shift. I offered to go for him however as in a residents nature- trust no one. He went back on his own to get the read. She had a possible PE. Shoot. Surgery definitely delayed to work up/ treat this PE. We had a long talk about what it’s like being a chief in the US vs. here. The scheduled benign cases are done by a resident independently. TVH? A chief and a junior perform. I had to ask, “how did you get comfortable doing this by yourself?” He responded honestly, ” I am not.” Jeez. I explained our process of essentially working closely with an attending for everything. He envied me- so strange, he said he wished there was more guidance during this training, saying basically he could be doing it incorrectly and would never know. Interesting. I continue to be impressed by the residents, the make up of which is very different from the US. There are still significant gender roles here. With 14 residents a year (over 4 years – so whatever 14 x4 is) the overwhelming majority are men. The attendings (called consultants here) all men except Dr. Liza and she’s American ! At home, who runs the world? GIRLS! All the residents are women and I can count on 1 hand how many men faculty members there are. Very different. The 2 girl residents here I see, I’m all like YAAAAS QUEENS.

In other fellowship news- rank lists due today!! I knew I’d be in Africa so I certified and submitted before I left ! Will find out results Oct. 10th stay tunedddddddddddd!!